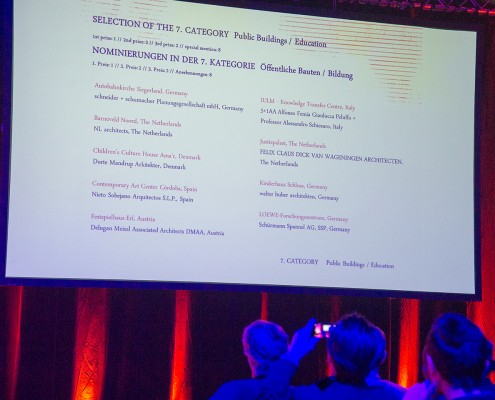 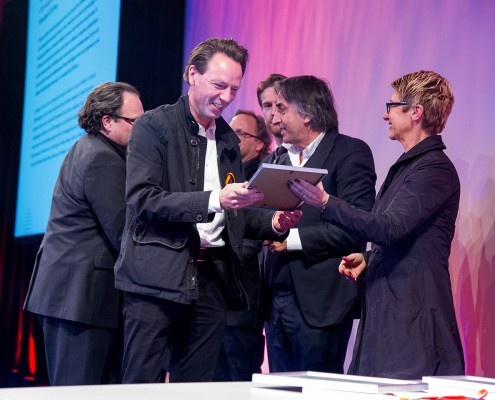 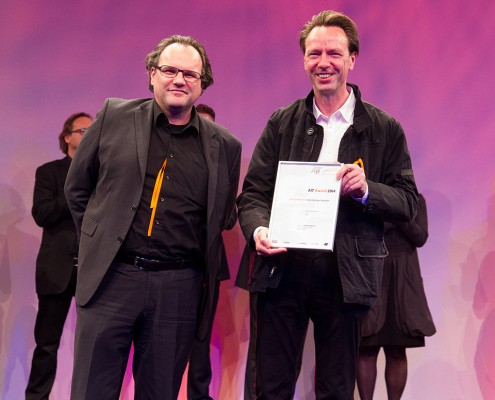 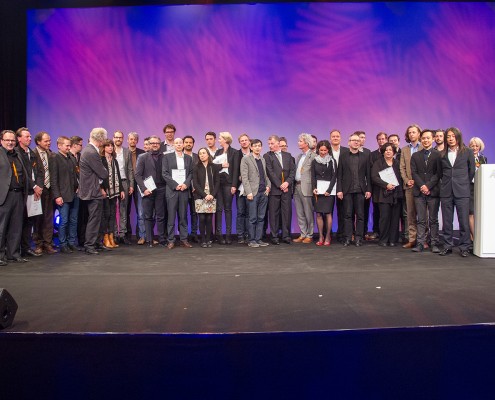 From a field of 570 international entries from 31 countries the judges chose the Rehabilitation of the Research Center for Biodiversity and Climate (BiK-F) for a Special Mention decoration at the AIT Award 2014:

“The destruction of 1950s and 1960s architecture happens almost unnoticed in front of the public. The LOEWE Research Centre project opens our eyes for the architectural quality this era has produced. In Frankfurt on the Main, Ferdinand Kramer is at the front line with several buildings. These historically important buildings must not be destroyed or demolished, they are witnesses of the post-war past that is worthy of preservation. The LOEWE Research Centre shows that 60-year old architecture can without further ado be refurbished in a preserving fashion, carefully modified and adapted to new utilisation requirements. The refurbishment project also reveals the qualities hidden in the refurbished monuments. The jury uses this project as an opportunity to vote against the inconsiderate destruction of 1950s and 1960s buildings and to make a case for the preservation and careful refurbishment of these buildings dating from the post-war period – as demonstrated with the LOEWE Centre.” (Excerpt AIT-Award 2014)